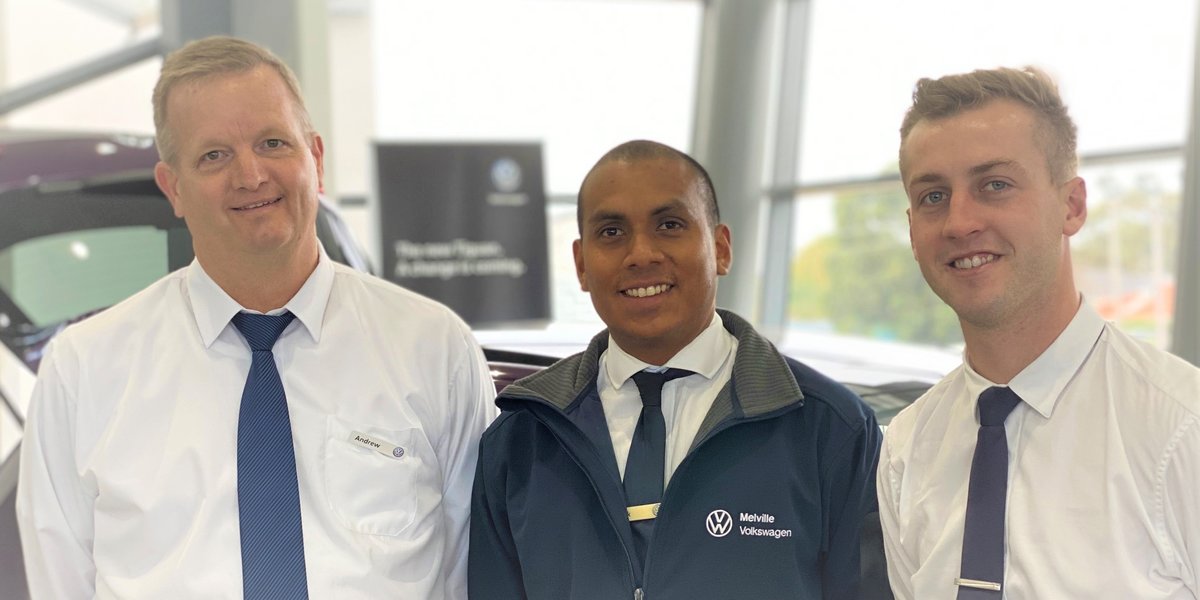 Three staff members at Melville Volkswagen have been recognised by Volkswagen Group Australia (VGA) for delivering excellent customer service this past month.

The nominations for the awards come from customers who offer feedback online and these are then judged by an independent panel.

Service manager Jamie Wallace said the rewards reflected the dealership’s focus on customer service and satisfaction. “The team work tirelessly on a daily basis and this is a true reflection of their dedication,” he said. “Well done to Erick and the whole team.”

His sentiments were echoed by sales manager Lewis McMahon, who said Charlie and Andrew had more than earned their WOW awards, especially as the team had experienced a very busy June.

The awards are part of VGA’s emphasis on taking pride in everything Volkswagen does and delivering great service to all Volkswagen customers. Staff at Melville Volkswagen have become regular recipients since the awards were introduced.

Pictured above (left to right): Andrew, Erick and Charlie.