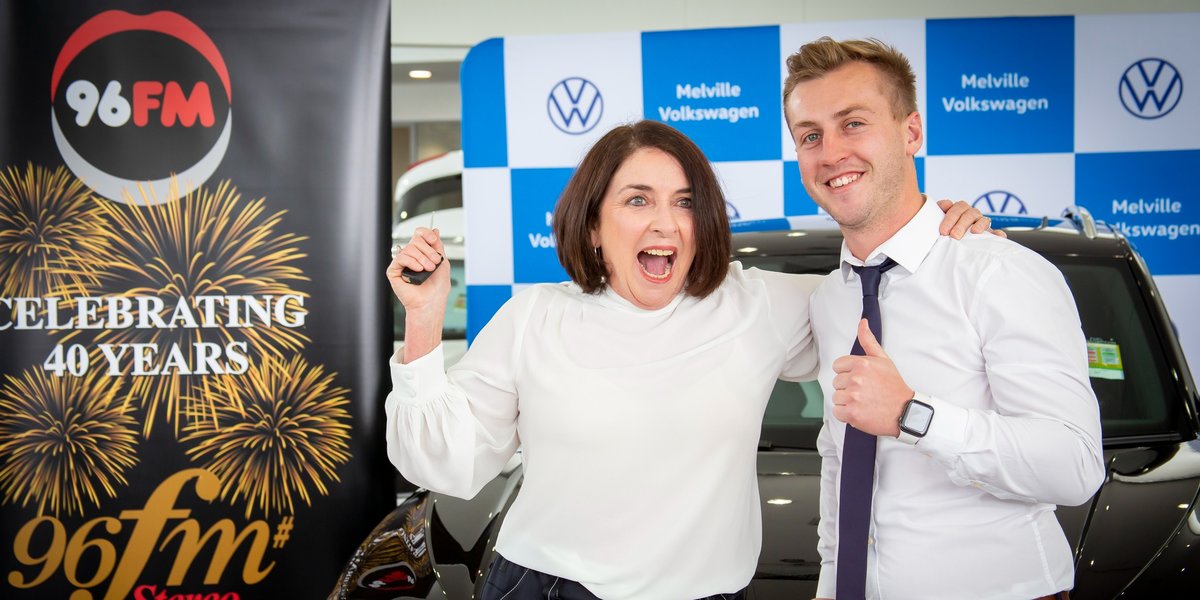 It all began with a guitar. A Fender Squier Guitar.

Kim Smith won it as part of 96FM’s 40th Anniversary competition in which Perth’s rock radio station gave away a Fender every single day for 40 days during August and September.

Winning the Fender meant Kim also got an exclusive invite to a special breakfast with Botica’s Bunch at The Camfield on September 11. And it was while at this special breakfast that Kim’s name was chosen to win $40,000 cash!

But that wasn’t the only prize. Kim also won a brand new Volkswagen T-Roc 140TSI Sport!

We were delighted to arrange delivery of Kim’s prize, which was sponsored by Volkswagen Group Australia, last week.

Kim is pictured above with our trainee sales consultant Charlie Allen who handed over the keys.