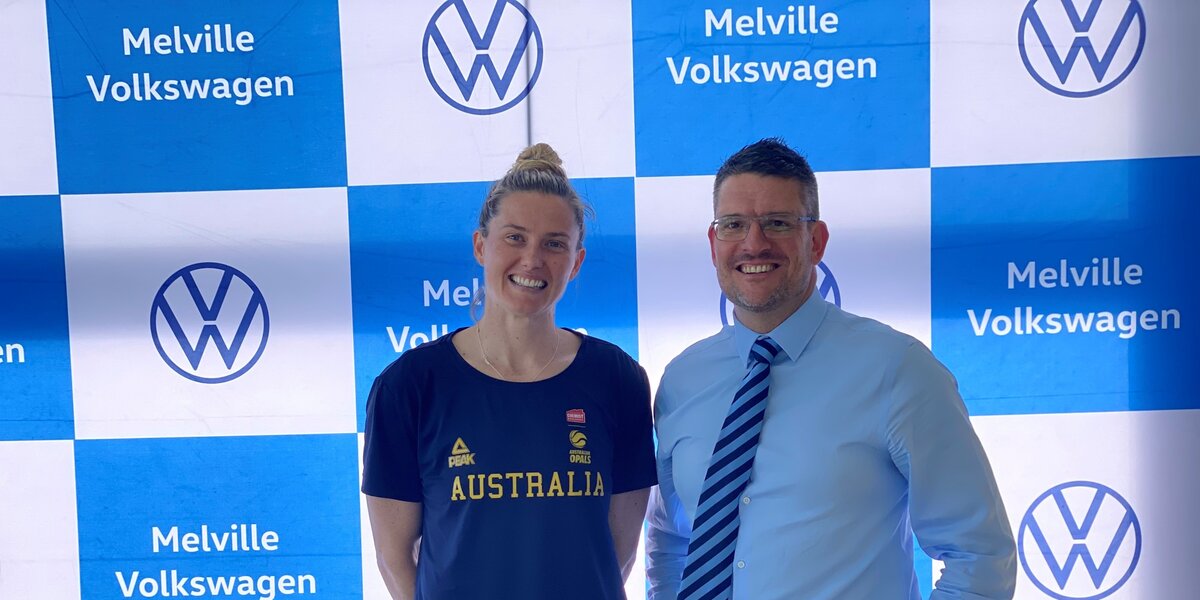 At Melville Volkswagen we are delighted to announce we have a new Dealer Principal, Graham Mitchell (pictured right), AND a new brand ambassador, Sami Whitcomb, who is a WNBA champion and national basketball player.

Graham, who was appointed to Melville Volkswagen at the tail end of 2021, moves to us from Canningvale Toyota, where he was General Manager for several years. He has more than 20 years’ experience in the automotive industry and has previously been a Dealer Principal for Subaru, Ford, Holden, Mini, Suzuki and BMW, among others, within the Perth metropolitan area.

He is already making significant changes to the way the dealership operates, with changes to the senior management team and a renewed focus on exceptional customer service. He is looking forward to building great relationships with the local community and supporting community organisations wherever possible.

Sami is an incredibly accomplished professional basketball player who is signed with New York Liberty for the 2022 season and will be known to Melville locals as the shooting guard for Perth Lynx in the WNBL.

As a brand ambassador for Melville Volkswagen, Sami will be appearing at events we have planned across the year, giving you the opportunity to meet her in person. To keep up-to-date with her movements, you can follow her on Instagram @bamsam32 and keep an eye on Melville Volkswagen’s socials.